Costume Save and Restore

This feature will be updated on every content in my site one by one.

How many of you felt the pain of grab gesture in hand tracking mode?

This feature is updated on almost all contents. Did I miss anything?

Play VR games in bed on your back.

Don’t forget to align your front direction by holding the “O” button of your right controller.

You can find the option here.

This feature will be updated on all premium VR Hand Revolution games.

VR Comics on this site has this feature.

These are provided for the auto mode + hand tracking users.

In the past, I put the menu button in the sky and removed the ceilings. It was a remnant from the Standing Girl game series.

From now on, every content will have the ceilings and menu button will be blended into the background like this.

Toilet Sex VR Comic will have this feature, I’ll fix all other Premium VR Comics and several VR Hand Revolution contents, too.

In reality, this menu button is not necessary. But it’s been kept for compatibility.

This feature has been asked repeatedly, finally I’ve made time to make it.

This feature is being tested on full-featured VR Standing Girls, and Sexual Gym demo.

This feature will be used on every content from now on. All Premium contents are updated with feature.

* Please comment if you see any strange behavior. I cannot possibly test everything thoroughly.

(Sexy Doctor Aida, and Flight Attendant have this)

I wonder how many of you are using Auto Mode + Hand Tracking in VR Hand Revolution?

If your Hand Tracking works barely enough to click menus, but not enough for beating, this may be useful. Hand reappears if you move it near the menu.

Most challenging mode. Have some space in front of you to be safe.

Find these links on the game page.

1. Displaying progress on the score bar

If you look at the score meter closely, there’s one more transparent bar. 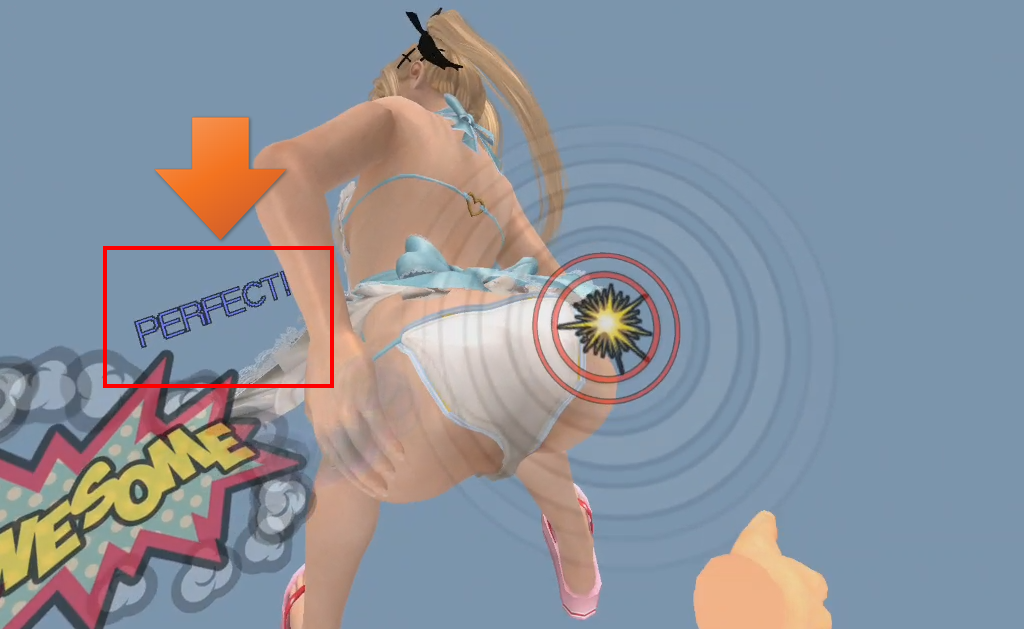 Try to get as many ‘perfect’ as you can. You have to hit the target exactly at the moment (0.03 second period). You can do it! if you listen to the music carefully.

I have improved several of my own scores by the benefit of this system. Getting the perfect hits feels quite good.

For anyone wants to make beat maps

This movement doesn’t have any effect on score, but it looks better ????????

Latency is auto detected. It’ll be okay most of the time.

If you feel that the music and game don’t match, try to fix the latency using the Latency Adjustment feature.

Getting Rid of the Annoying Laser Cursor in Twohand VR

Laser cursor is visible only if pointed at the menu button.

Made it easier to grab menu in VR Hand Tracking

Menu grabbing doesn’t work very well, because the Quest hand tracking sucks in the first place. (it’s only good for grabbing our dicks in a seated position????)

I tuned the menu grabbing to make it easier. What you’re seeing in this video is the result. (still not that good, though) I’d say it’s better than it was before.

I cannot possibly test all these thoroughly. Especially, one feature may break another. So I hope you to tell me quickly if you see any errors.

Sometimes I feel that the sex loops in Animated Comics pass by too quickly.

This is the feature that repeats only the sex portion without the transition parts. (like an A-B repeat feature) The range will be set in advance for optimal repetition.

This will give more replay value to the Animated Comics game. Especially, combine this with first person mode (I mean both Web and VR)

This is an improvement from the previous rotation button method.

-Facial animation mixing
For example, this can be a way to trigger kissing in any poses, it’s a large amount of work.

To play this posture, press ‘Prev Posture’ once. It’s the last one.
All full-featured girls have this reaction.

Look at both of your palms for 1-2 seconds.

Wow, I’ve fixed much at this phase. Time to open a new thread. 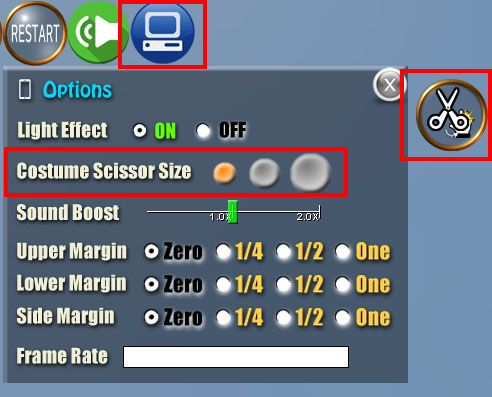 Unfortunately, the Neck will only work correctly on Sophitia. All DOA girls (even Leifang Bikinis and Marie Rose Bikinis) won’t have the Neck. And Yuna neck won’t look good, either. This can’t be fixed.

Also the save feature had some problems, it’ll be fixed. It was constantly resetting every time I update the contents. Though I doubt that anyone uses this limited Body Menu that much.

I’m leaving the symbolic bubble icon as it is

Oculus Browser update around 8th,July gave the VR Comics a bad frame rate drop. It was related to the shadow detail.

The problem was that my VR Comics were using a huge shadow texture, probably Oculus developers didn’t expect that.

Here’s the new option on the start screen (VR Comics)

Default is down two levels from the previous (8192 to 2048 pixels), we’ll see some frame rate boost in VR comics, get lower quality shadow.

Fell free to experiment with the options. Max (8192 pixels) is for the PC. I can use that when I record promotional videos on PC.

This is the Global Scale button. You’ll know what to do.

If you want to change the speed of stick or menu click movement, use this option 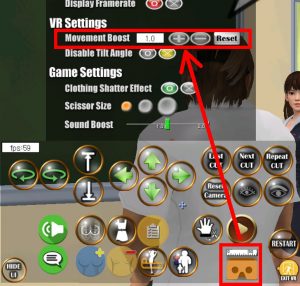 Somehow this feature gives a little motion sickness to me, it’s up to the user to use this or menu.

I fixed it. It’ll be updated in the next full engine update for VR.

Along with it, the useless ‘Swap hands’ option is removed. It was for the legacy WebVR API. WebVR is not used except for the Oculus Rift now, and it doesn’t need swap hands.

I’ve set it ON as default, as many mobile VR users will be curious to know what kind of frame we were seeing.

It was a surprise that what I was seeing was around 20 fps, and it is playable enough (albeit not very pleasant) if I don’t move too much. 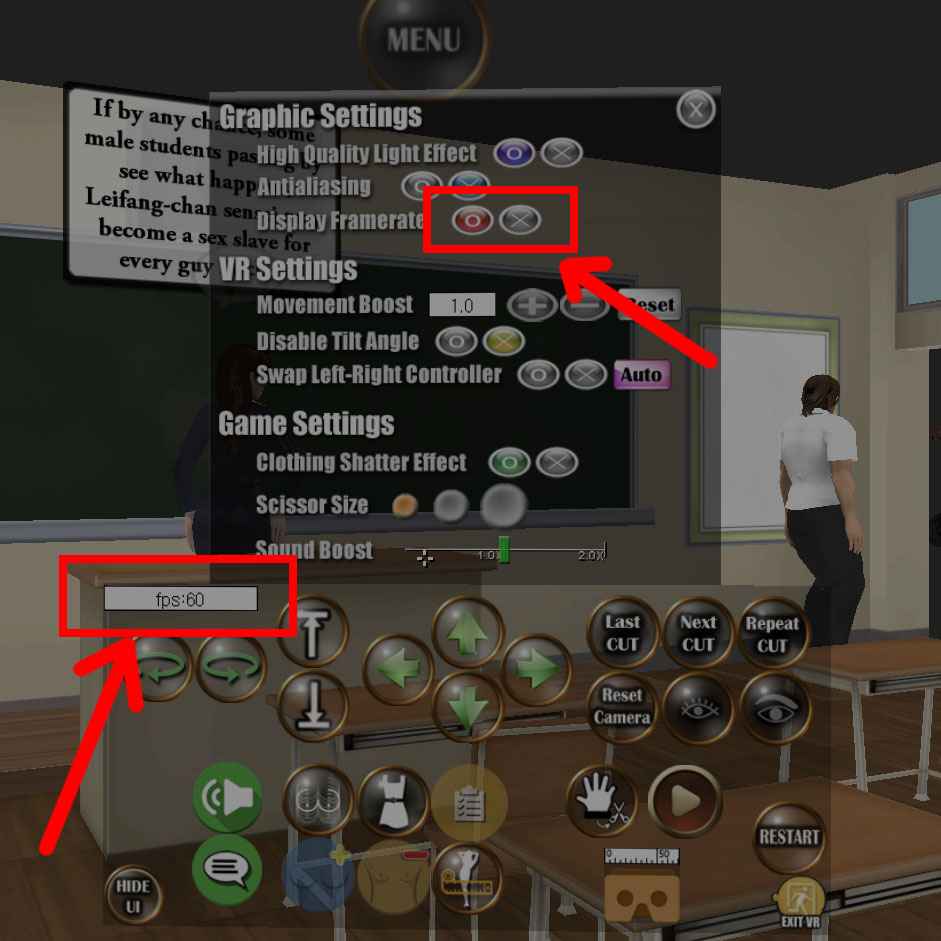 I hope we could get a Oculus Quest V2 soon and double the frame rate ????

It seems my AR feature is broken after Chrome 88 update. I’m not going to fix this for a while.

Normal web games or VR is alive and kicking. Why don’t you give them a visit?

AR support is closed. This document is archived.

Do a quick test – Official WebAR Sample
If this sample works, my games should work, too.

Don’t forget to install Google Play Service for AR. You don’t get the start button without this. 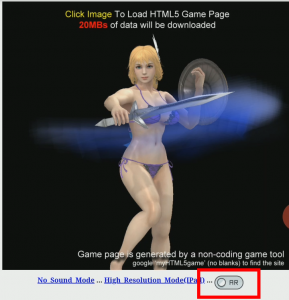 Beautiful Shots taken in my place 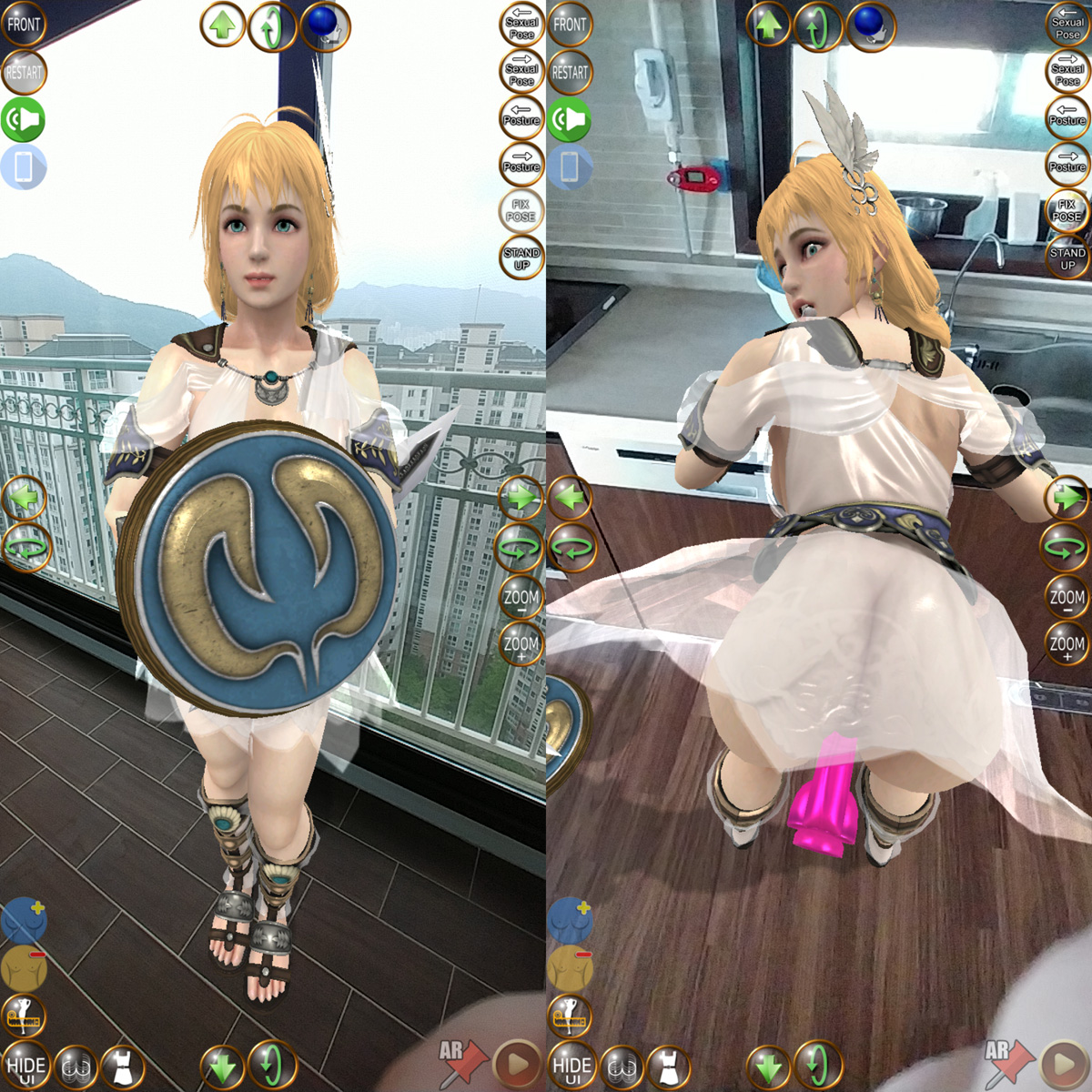 The touch coordinate is messed in AR Mode. 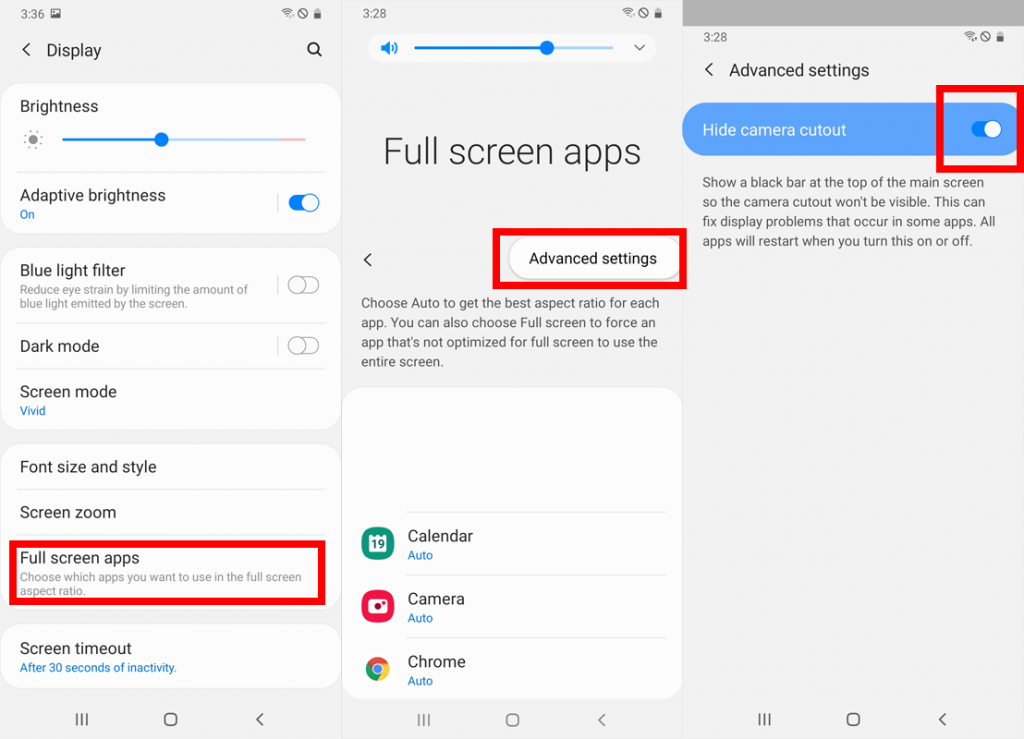 Other notch style phones may have similar problems. Look for the menu to disable it.

If the top side is hidden by the notch, touch UI in game won’t work correctly.

If the sample works, report me errors according to this. If you do that, you are helping me greatly.