(this document is complete now)

When creating a beat map for Ero Beat, we start by creating a “Web Beat Map”.

If we want a VR beat map, we add VR elements to the Web Beat map.

The reason we start from Web is because a Web Beat Map is easier to edit at first.

Part.1 describes how to create a Web Beat map.

Talk to me about the music choice because I cannot accept copyrighted musics.

*Video package has separate subtitle files. Use them if the subtitles are blocking your view. All videos with subtitles are included in this package.

With a certainty, the gametool64.exe program will be blocked by an antivirus program. The symptom varies, it won’t run, or it may not load the saved map files properly.

Example of my Avast Free version – added gametool64.exe to the exception like this. 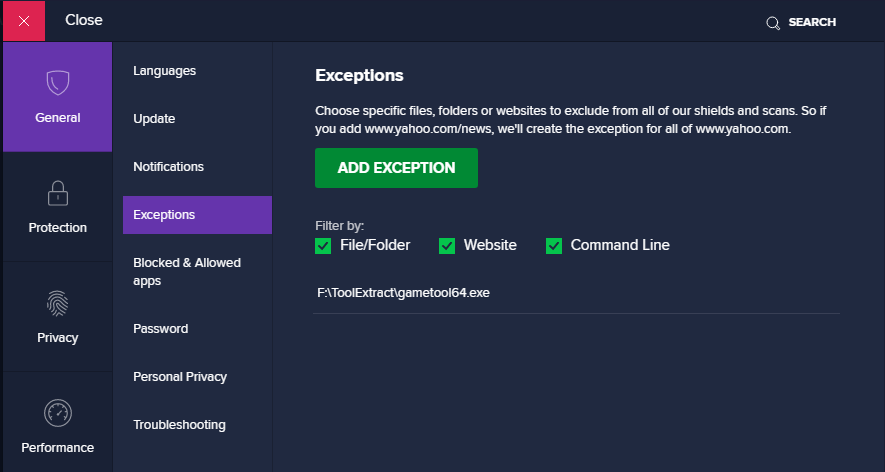 Usually, entering a slightly lower BPM and increasing as it go will be easier. Lower BPM is more visible to the human eye.

*note: This method cannot deal with initial blanks in songs. It requires the use of Audacity (next)

Match the music to the clicking sounds.

With this method, you can easily remove initial blanks, and find the exact beat both by your eyes and ears.

If anyone needs to learn more about this, I’ll make a short video later. (request in the comment)

Nothing is perfect in BPM detecting. Always be prepared for an error. Use the method in BPM tutorial to get the final BPM value.

Only MP3 for audio input. (no OGG)

Recommended bitrate : under 160kbps. Consider the web download size, use the minimum bitrate. 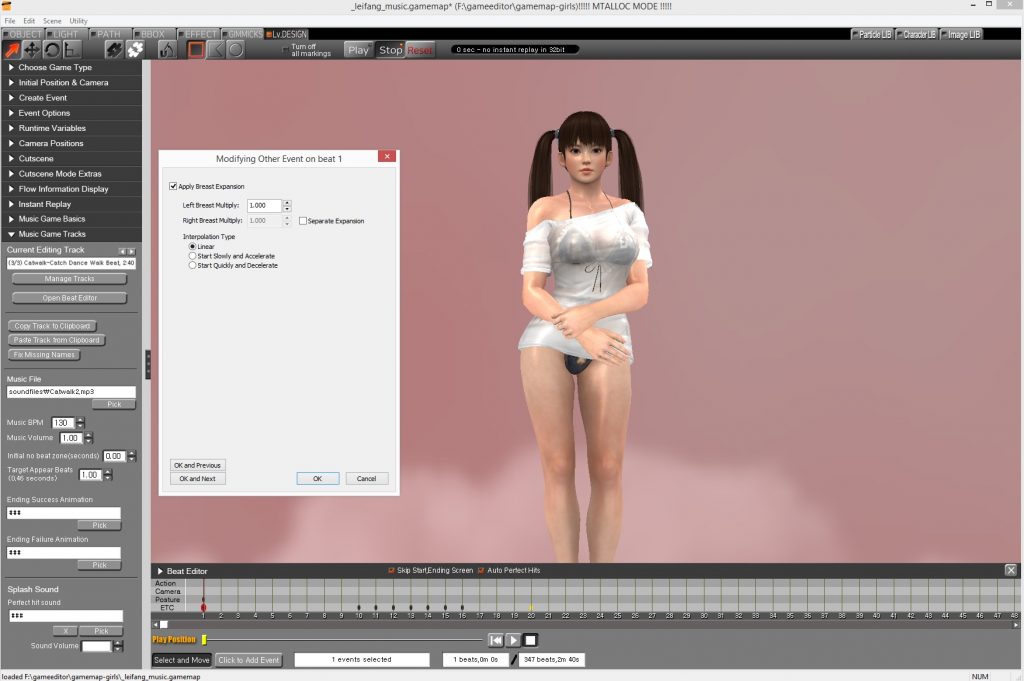 Breast Expansion event is in the “Other” category.

If this is properly mixed with grabbing and slapping events, it can be more fun. (use your imaginations) Like the breasts expand by grabbing, then shrink by slaps.

*One more : use the interpolation options for quick breast resizing. It’ll look more springy and realistic.

This method is added after the main tutorial is made.

The rules of placing letter effects.
1) place the letter effect where the player can see it.
2) Put it near the target
3) don’t block the next target.

Auto mode rotates to the closer direction. It is not predictable whether it’ll turn left or right if it’s 180 angle.

This is an important factor of the gameplay.

The Default is 1.0, which means the target circle will appear one beat before the target hits. Songs with high BPM over 150 may require 2.0 in this field. If the target disappears too quickly, gamer cannot follow.

If you set this to 2.0, the actions must be placed with at least one blank beat between every action.

Say, this value is set to 2.0, and there are two actions placed side-by-side (no blanks). In such cases, the user’s going to see two targets at once. And it’s going to confuse the hell out of the user.

* Recently I’ve used 1.25 on Sophitia beat map, and it was okay. You may experiment with various values.

You may also need to deal with the “asymmetrical breast” situation (player succeeds to grab one side, fail to grab the other) 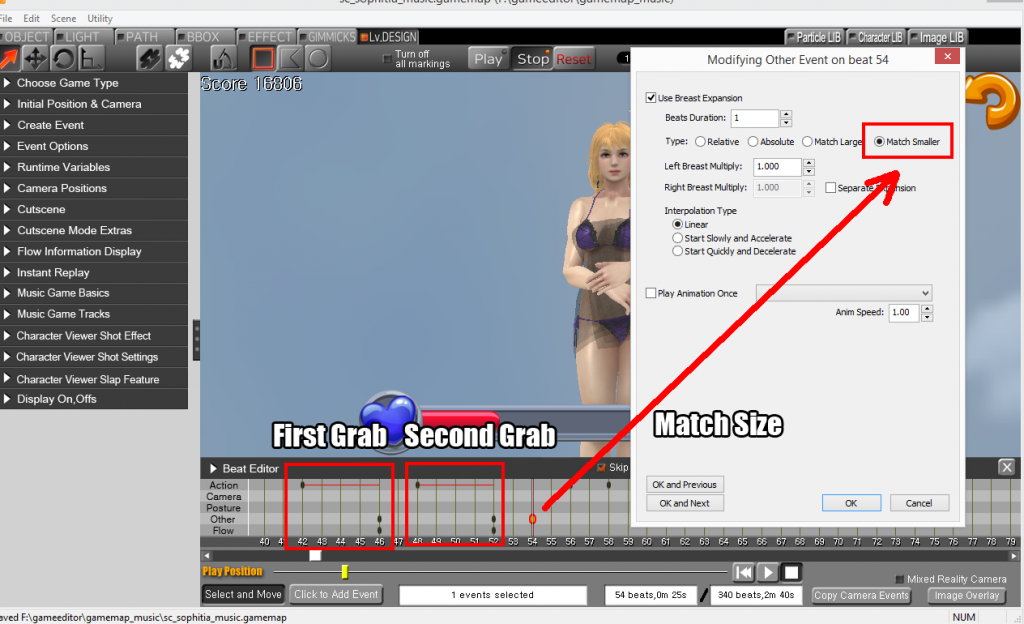 See the effect in this short clip:

Sometimes, you hit a body part in a quick succession. The reaction may look ridiculous because it’s cut off and restarted over and over. There’s an option to deal with this.

This video explains it all:

*special note
You cannot deal with such cases by assigning (no reaction) to 2-4th reactions. You have to assign reactions to all four actions. Because we cannot know which one of the actions the player is going to hit.